The archive of Zenon

The archive of Zenon

In the 1910s an exceptional lot of more than 1,800 papyri was unearthed by the ‘sebakhin’ (local diggers searching for decayed mudbricks used as a fertilizer) in the ancient site of Philadelphia in the northeast of the Fayum region, in Egypt. This collection of documents constitutes the richest Greek archive on papyrus hitherto unearthed and dates from the mid-3rd century BC. These papers, collected in ancient times and kept together for more than 2000 years, are today held in different collections around the world. While the vast majority were acquired by the Egyptian Museum in Cairo, the rest entered European and American collections, from London and Manchester to Florence and Paris, from Ann Arbor to New York. 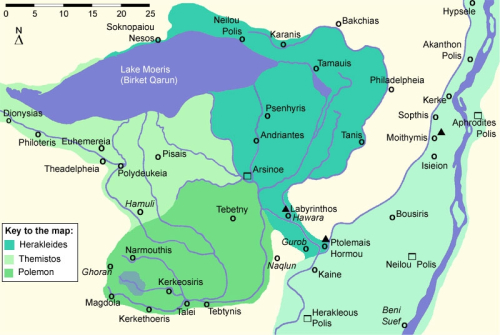 Map of the Arsinoite nome taken from The Fayum Project. Philadelphia was located on the north-eastern border.

These precious survivals have allowed scholars to reconstruct the phases of the career of the owner of these papers: Zenon, son of Agreophon, born around 285 BC and originally from Caunus (modern Dalyan), in ancient Caria (southwest of modern Turkey). Covering a period of some thirty years (261-229 BC), the archive includes private and official letters, accounts, contracts, petitions as well as a few literary texts. Besides dealing with official and business matters, some correspondence from this archive is more personal in tone, providing details on Zenon’s life, family and friends.

The documents reveal that from around 261 BC, Zenon served as a business agent and private secretary of Apollonius, the finance minister (dioiketes) of the country, advisor to King Ptolemy II Philadelphus (reigned 285 BC – 246 BC). In the first phase of his career, Zenon was travelling as a representative of Apollonius to Palestine, which at that time was under the control of Ptolemy. 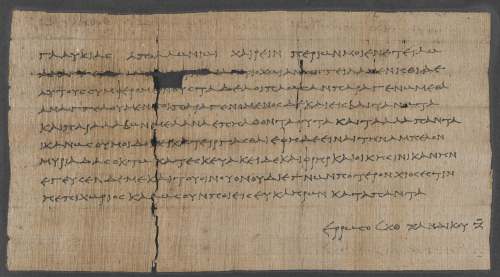